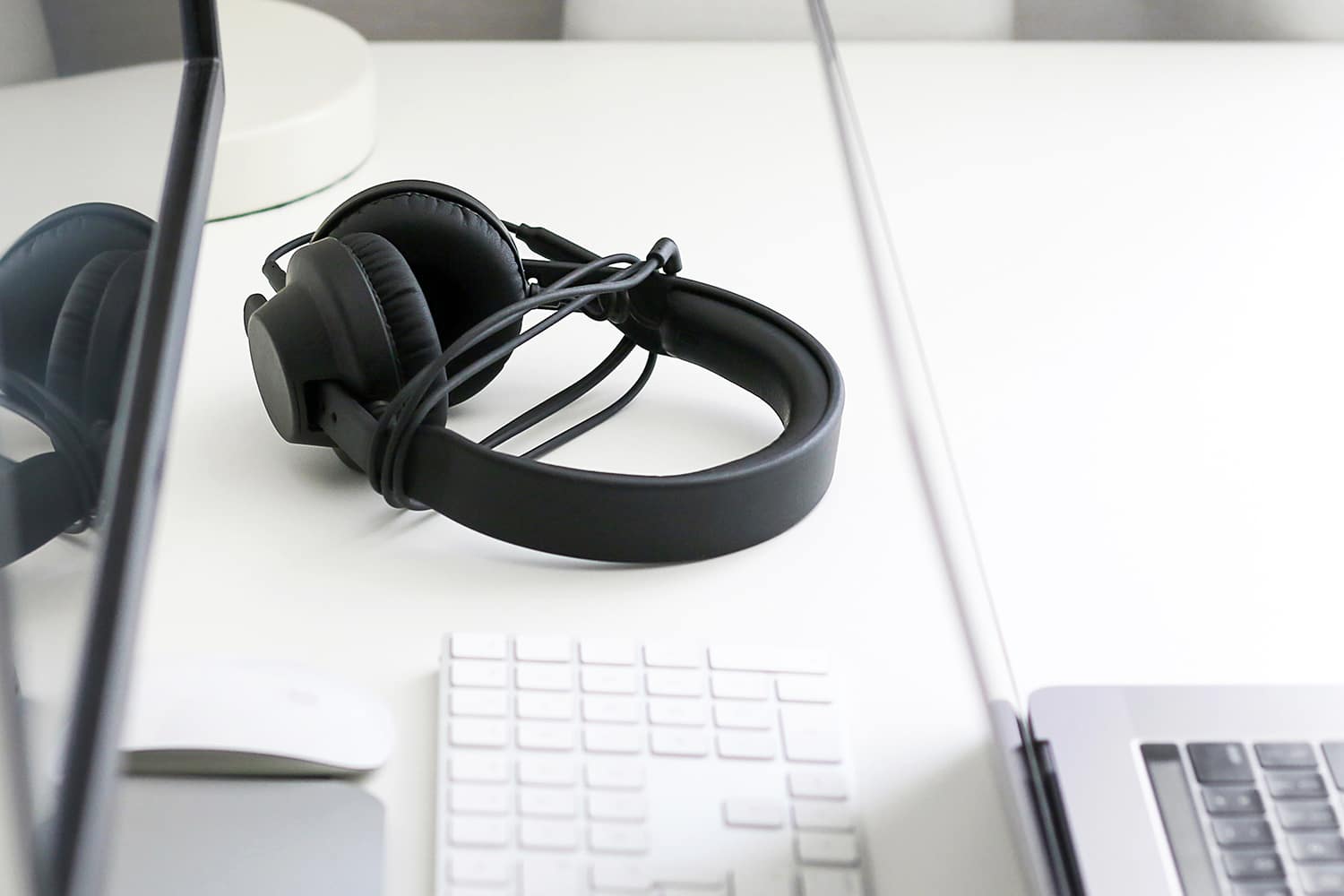 Do headphones give off radiation?

Now we’re officially living in the era of earbuds, it seems as though wired headphones are gradually going extinct. In fact, many modern smartphones don’t even include an input port for your headphones anymore.

But is going wireless really the right option?

All headphones have their “dangers”

If you’ve ever been yanked out of your walk when your wired headphones catch something during your stroll, you know what we mean.

Maybe you’ve even tried to snuggle up in bed with a set of headphones playing a podcast to soothe you to sleep. In this situation, wired headphones can be particularly dangerous, wrapping around your neck as you toss and turn in your slumber.

Typically, the dangers of wired headphones center around how we use them. If you’re cautious enough – you shouldn’t have a problem. Wireless headphones are a little trickier – their dangers are often linked to the threat of radiation.

So, are wireless headphones safe?

The topic of “headphone radiation” is often at the heart of any question about the safety of Bluetooth vs wired headphones. Whenever a device is created capable of emitting data seemingly through nothing, people start asking questions about the wavelengths we’re being exposed to.

So, do headphones give off radiation?

Technically, your Bluetooth headphones do emit short wavelengths in the form of EMF radiation. Although extensive research has been done into the health risks connected to EMFs, there’s very little insight into the long-term risks of being exposed to Bluetooth or wireless headphones.

EMF “or electromagnetic fields” are invisible energy or radiation waves, produced by electricity. When you use your wireless headphones, they emit a low-level of radio frequency radiation (RFR).

Although the 2018 National Toxicology Program found exposure to high RFR could cause cancer in rats, this doesn’t necessarily mean your Bluetooth headphones are dangerous to you.

Headphone radiation and the type of wireless headphones

Before we breathe a sigh of relief over the safety of wireless headphones, it’s worth noting the level of radiation emitted by a device isn’t the only concern when it comes to ensuring human health.

Professionals also believe the specific absorption rate or amount of radiofrequency we can absorb from a device is important too.

So, are wireless headphones safe?

A set of over-hear headphones equipped with Bluetooth will be more dangerous than a cell phone when used over an extended period of time. This is because you’re keeping the low frequency very close to your head.

The issues around proximity when examining the dangerous of headphones prompts the question: are wireless earbuds safe?

Wireless earbuds are the headphones you place inside of your ear canal. The deeper the headphone goes into your ear, the closer it gets to your brain. Some health professionals are concerned these kinds of headphones could be problematic because they essentially funnel radiation into your head.

If you’re feeling a little nervous about wireless headphones, you might think switching back to a good old-fashioned wired pair is the solution. However, wired headphones aren’t “entirely” safe from a radiation perspective either.

You’re still going to be exposed to some radiation when you wear wired headphones – there’s just a little less to worry about.

Using any kind of headphones, wired or wireless, exposes you to electromagnetic field radiation. Excessive use of either can lead to short-term problems like ear pain, and headaches.

You might have even noticed your headphones heating up and getting uncomfortable after a while, due to the exposure to constant radiation.

There are also the indirect dangers of headphones you may need to consider too. While wireless headphones might expose you to more radiation, they could also be safer in certain circumstances.

If you’re driving and listening to music, a set of wireless headphones won’t restrict your movement if you need to act fast. Wireless headphones don’t get in the way when you’re exercising, or risk choking you when you sleep.

Earbuds and wireless headphones can also be equipped with features to make them safer. For instance, many products with active noise cancellation built-in today can also give you adaptable levels of transparency when you need to hear what’s going on around you.

Precautions to take with wireless headphones

The reality is both wired and wireless headphones have some risks associated with them – but it’s very small.

Even though your Bluetooth headphones do emit higher levels of radiation than their wired counterparts, it’s still a very small amount – less than any medical professional would recommend avoiding at this stage.

The key to staying safe, as with most things, is moderation. Attach yourself to any kind of technology all day and you’re going to feel repercussions. You’ve probably noticed eye pain after staring at your phone for too long, or wrist pain from working at a desk keyboard. 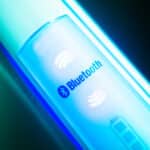 If you’re using your wireless headphones too much, you’re likely to notice headaches and ear pain over time.

If you don’t want to give up the benefits of Bluetooth headphones, like freedom of movement and ease of use, then make sure you have some precautions in place.

Space out your usage

If you’re constantly tuned into a pair of wireless headphones from the moment you wake up to the moment you go to sleep, you’re going to end up uncomfortable. Even if the radiation level isn’t dangerous, your ears need room to breathe at times.

Make sure you give yourself breaks between listening sessions.

Keep the volume to a reasonable level

We all love blasting our favorite tunes when we need a pick-me-up but be realistic with what your ears can handle. Don’t crank up the decibels too far or you’ll hurt your hearing, and potentially cause long-term damage.

Lower volumes should reduce your risk of headaches too.

You don’t always have to use headphones to listen to your music. Consider getting a speaker or portable speaker where you can listen to music freely with nothing on top of or embedded in your ears.

Sometimes it’s nice to share the music you love with friends.

This is just some basic hygiene and safety advice. Don’t share your headphones with other people, as this will expose you to various problems, like ear infections.

You can actually find wireless headphones on the market specifically designed to reduce the level of EMF you’re exposed to. If you can get your hands on a pair of these, you might have more peace of mind.

Wired or otherwise, it’s not really a good idea to wear headphones to bed. You could end up with problems like earwax impaction, because your ears can’t drain naturally during the night.

Wireless headphones are not yet proven to be specifically dangerous according to scientific reports. While there are some concerns to be aware of, most experts agree using these headphones is safe. Just make sure you’re proceeding with caution. 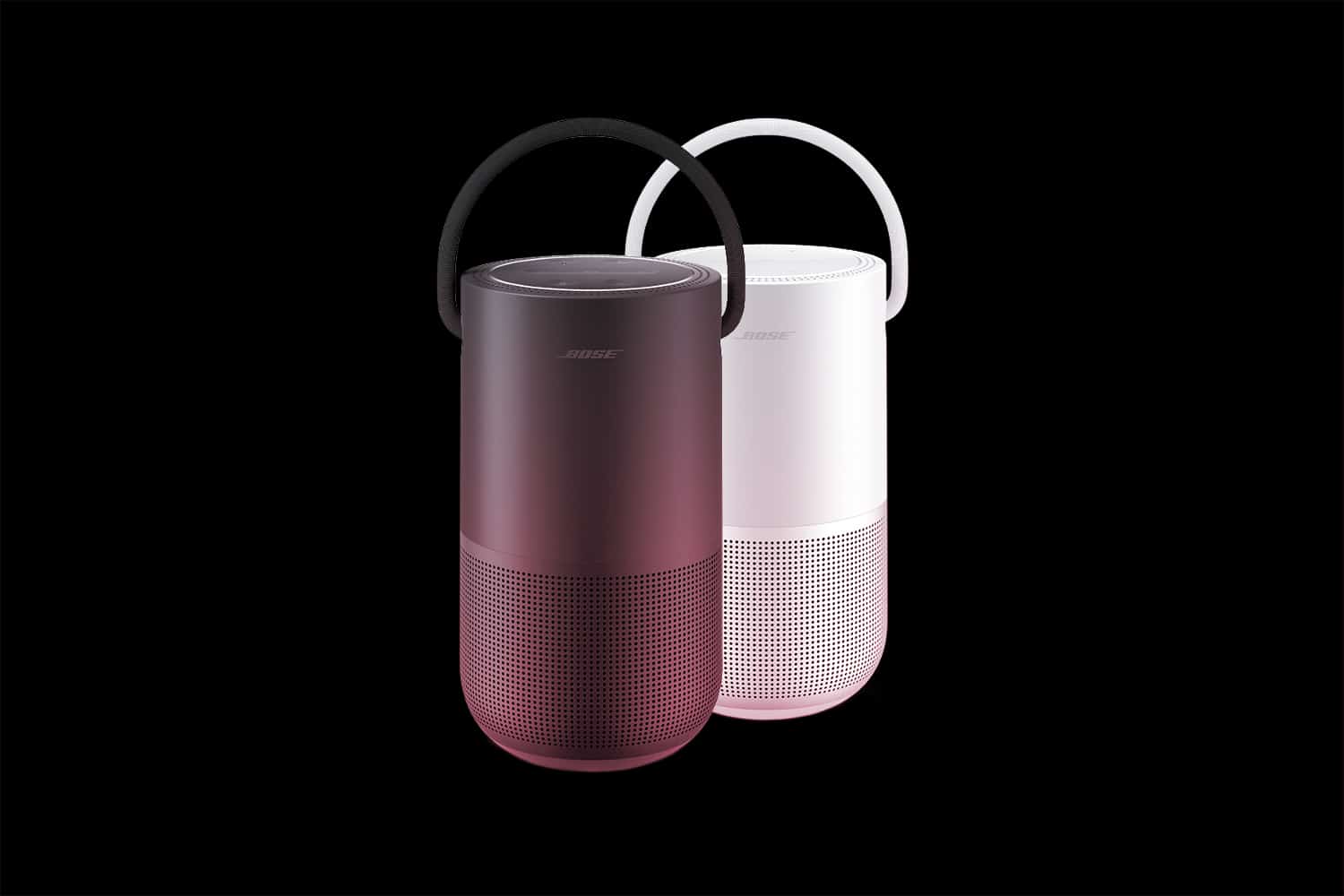 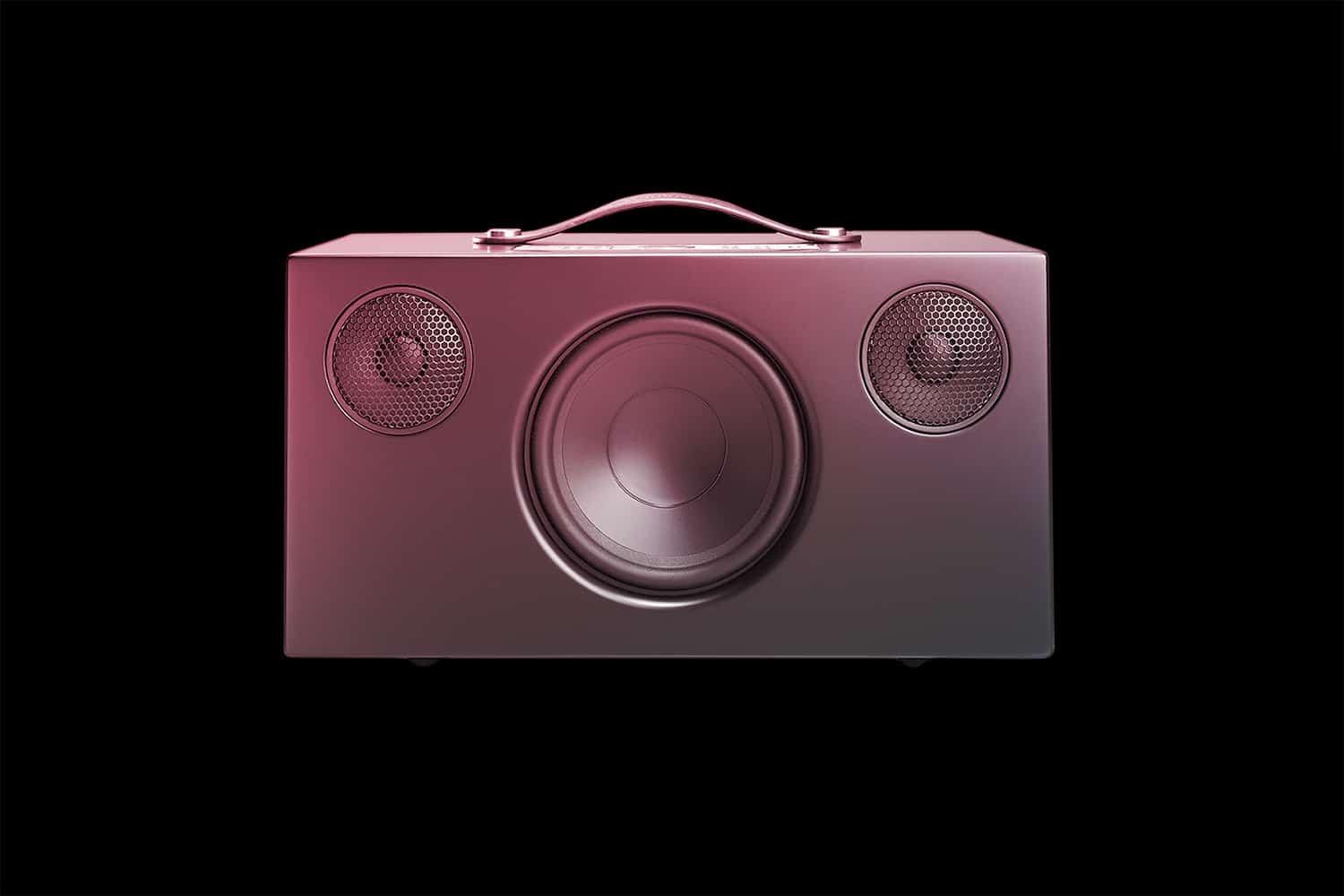 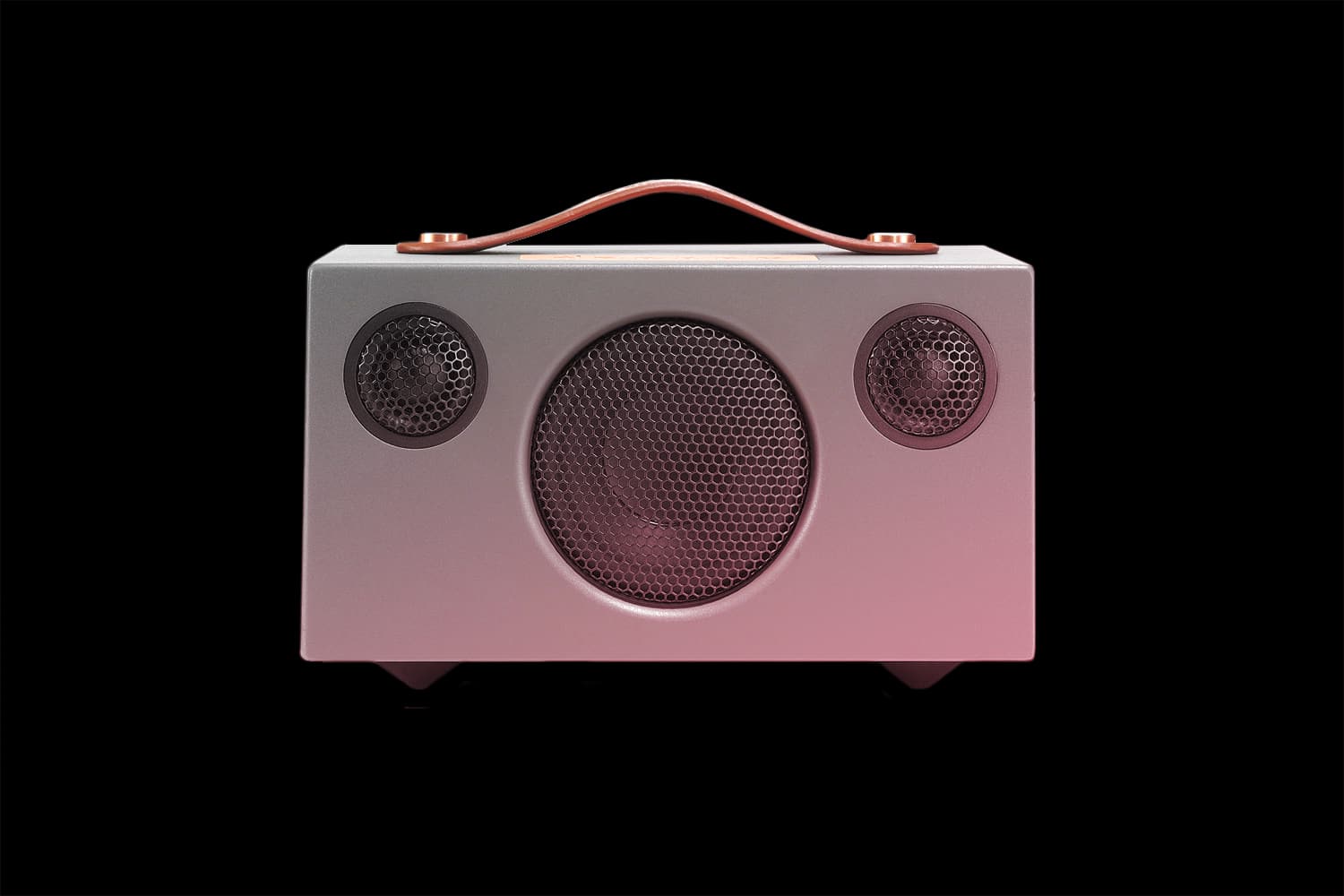